Hi! Welcome to my website. My name is morpen. I'm a software developer and avid reddit user. I'm glad you've made it to my handy little tool here to identify potentially harmful users of the reddit community. I appreciate you stopping by - hopefully together we can help make reddit a bit of a safer place for everyone. If you want to say thanks, send me a quick little message on reddit letting me know you enjoy the tool, or subscribe to my patreon! Your donations help pay for server costs, and help me to continue adding features and improving the plugin. Thanks! 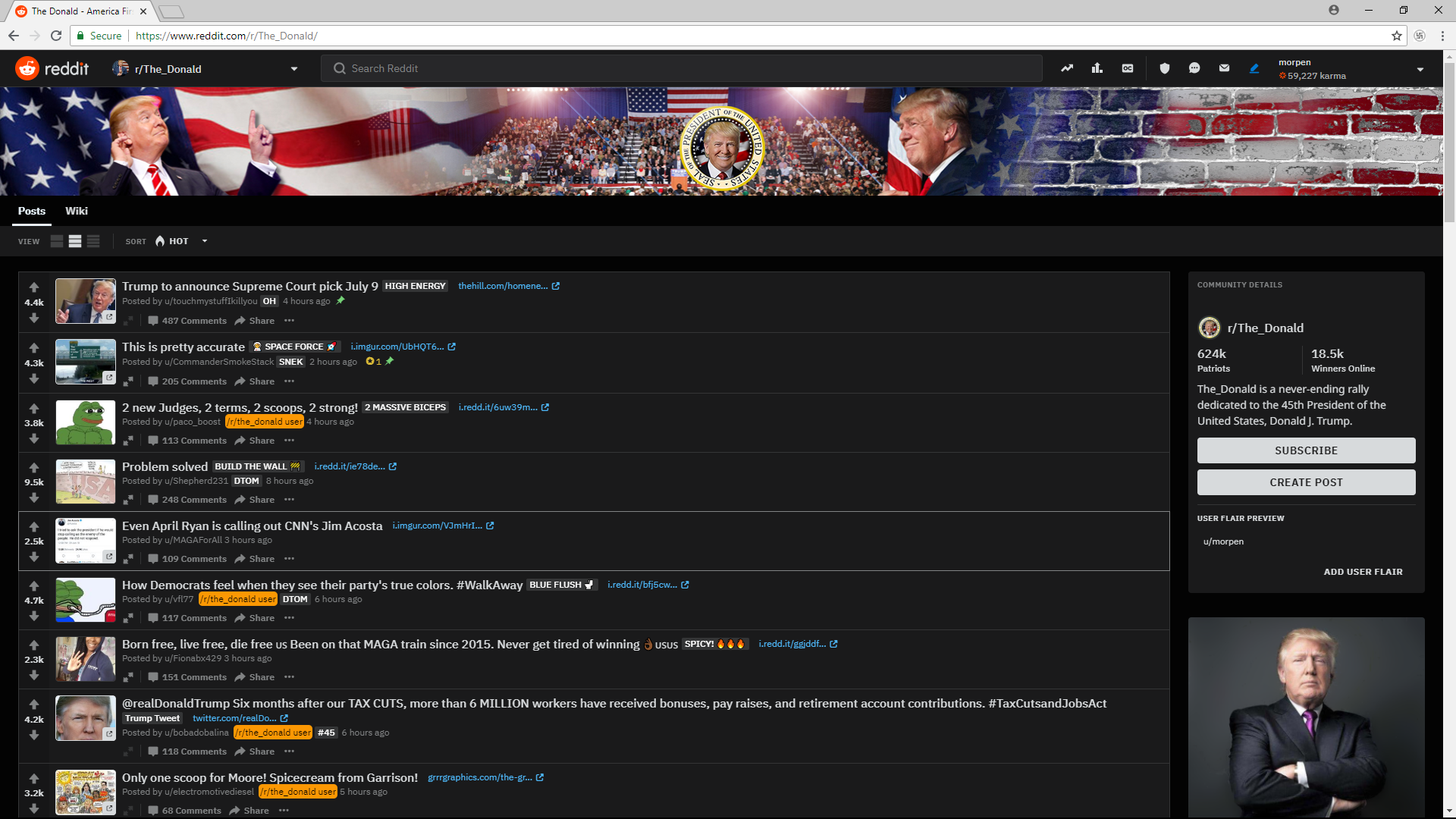 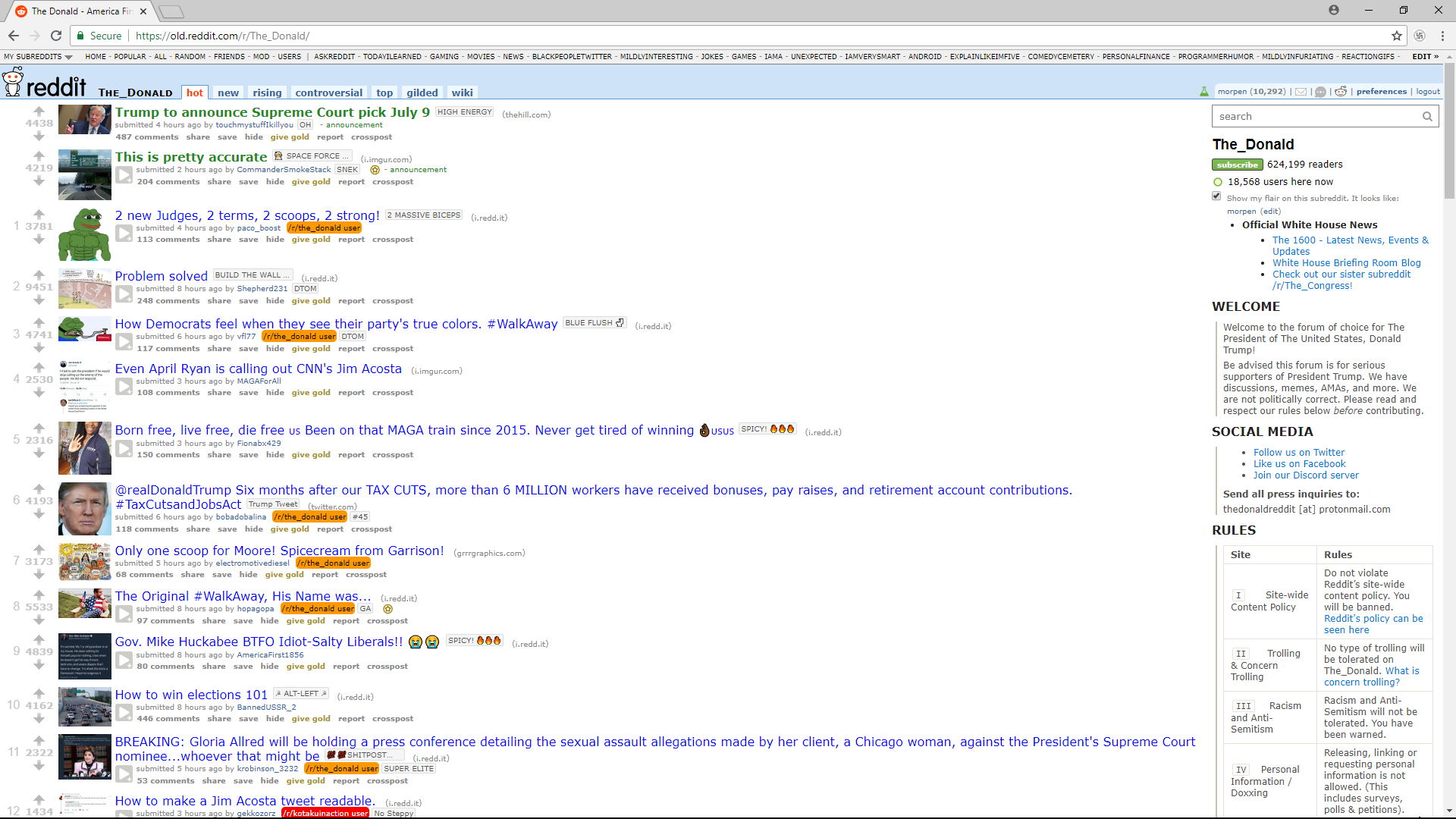 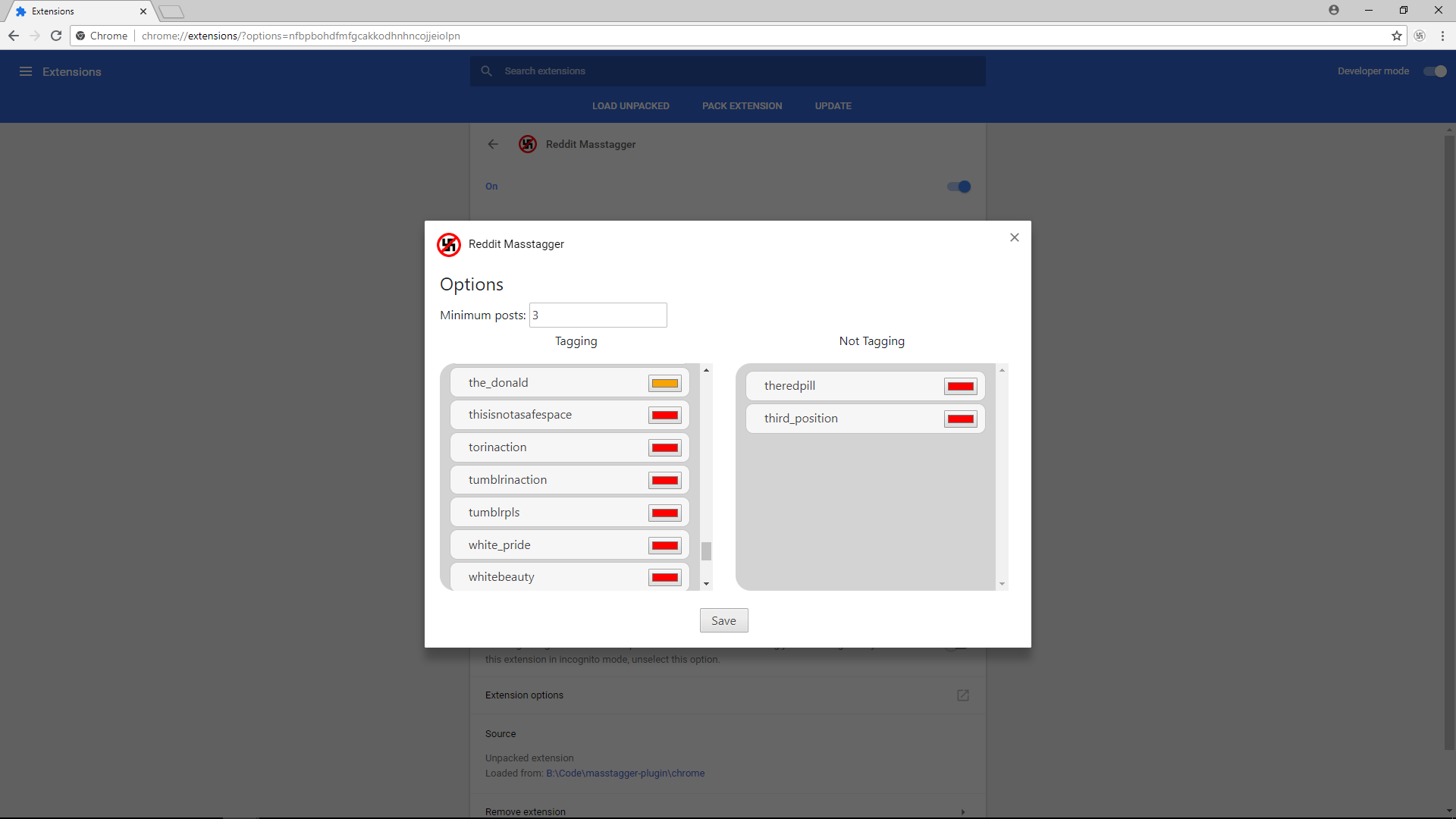 Due to the nature of how firefox handles the options menu, you can't adjust colors from the pop-out menu. Instead, visit about:addons and click the options button by the plugin

My original mass tagger was a direct continuation of /u/DavidNatan's excellent work back in 2013. At some point, I found myself baited into an argument only to find out that my opponent was an active member of several (literal) Nazi subs. After trying to install his script, I discovered that RES had updated their storage mechanism and the old masstagger no longer worked on the updated schema. Additionally, I wanted to improve on /u/DavidNatan's idea of trawling current front pages. This idea was good, as it captured active members, but it only grabbed so many posts, especially on larger subreddits. My current method captures posts and comments as they are made, meaning even deletion won't save you from being tagged. For more info on what's new, check out the features list above.

Isn't this promoting division rather than unity?

Widely, yes, I do think so. What I don't believe is that that's neccesarily a bad thing. My primary goal with this tagger is to tag users of hate subreddits. I.e. the kind of users that cannot be reasoned or compromised with. These users are known to intentionally troll other subreddits, posing as innocuous members who *agree, but just have some concerns about the way you're presenting yourself*. This is known as concern trolling. Ultimately, the goal of these concern trolls is to water down the message of the community into a less effective message, in order to weaken their position. By identifying those who are engaging in bad faith, we save time for those who may otherwise engage the bad actors in their concern trolling.

Isn't this eerily similar to gold-starring Jews before the holocaust?

I've had people make that connection before. However, until I start genociding people I've tagged, or they are discriminated against by a government entity, that comparison isn't really valid. Additionally, participation in certain subs is entirely voluntary. No user is forced to post in a hate sub.

Why aren't you tagging Subreddit?

My original list of subreddits came from a multireddit compiled by /u/gentellotus. I've tweaked it and added a few new subs, but widely it's remained the same. A lot of people have taken issue with the subreddits I have chosen to tag, which is fine by me.

It's not working for me!

First, make sure that you've opened the options menu and saved it at least once. This is when the app will do its first sync, so it must be done before it can tag. Second, realize that the server-side tagging isn't perfect, and a lot of users are bound to slip through the cracks due to the huge volume of comments and posts on reddit. Third, try adjusting your minumum post settings. The lower it is, the more users you will pull, but also the more likely you are to tag someone who isn't a typical user, but posted there once or twice.

Not really a question, but yeah. Cut me a break alright, the plugin was a pain in the ass.